Nextdoor is the world’s largest social network for the neighborhood. Nextdoor enables truly local conversations that empower neighbors to build stronger and safer communities. Building connections in the real world is a universal human need. That truth, and the reality that neighborhoods are one of the most important and useful communities in their lives, have been a guiding principle for Nextdoor since it was founded in 2011. Today, Nextdoor is used around the world across the United States, United Kingdom, France, Germany, the Netherlands, Italy, Spain, and Australia. 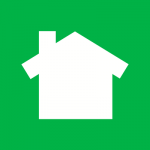