They’re making a positive, irreversible change in the world of finance. Together.

People on every continent around the world are choosing TransferWise to help them live, travel, and work internationally. They’re the fairest, easiest way to send money overseas.

Built by and for people who live global lives, they make sending money abroad up to 8 times cheaper than the bank.

This is money without borders – instant, convenient, transparent, and eventually free.

For their customers, using TransferWise is as simple as sending money from A to B, but behind their app and website is a complex engine of currencies and routes, that’s being designed, built, and powered by their talented teams in cities around the world.

They’re just at the beginning of their story and they’re growing at an incredible pace. They won’t stop until anyone, anywhere can send, spend, and receive money wherever they are, whatever they’re doing. There’s still heaps to do and they can’t do it alone. 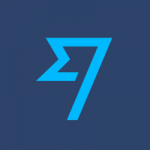